Becoming aware of awareness gives you the great opportunity to be in Pure connection with all.

Being aware of living consciously creates an appreciation for life. It creates space in your day; it makes you flexible and spontaneous and gives you the feeling that everything is possible since this truly is the case.

Being aware of your consciousness is the same as being mind full, or as we prefer “mindless” because with awareness comes less thoughts. If you sit in meditation without judging or labelling, you are aware of who you truly are. You are aware of the thoughts that come into your mind without necessarily going along with them. You see your thoughts as energy passing through you and you do not define them as who you are. 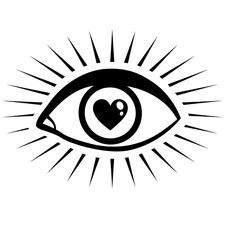 You are then “being” in the purest form of the word because you are not doing anything. You could say that life leads you instead of you being the one that leads a life.

As you be(coming) aware, you consciously participate in life in ALL its fullness.

Every day feels free because; Life leads you, to follow your True nature.

Being aware of something

For example, you can be aware that tomorrow is Mother’s Day or that Peter is wearing yellow boots. But when you take a 15-minute meditation session, you don’t say: “I’m going to be aware.” Awareness is absolute.

The difference between Awareness and Consciousness

“Awareness is primordial; it is the original state, beginning less, endless, uncaused, unsupported, without parts, without change.

Consciousness is on contact, a reflection against a surface, a state of duality.

Consciousness is partial and changeful, awareness is total, changeless, calm and silent. And it is the common matrix of every experience”.

A definition of Awareness

What is Awareness? It is a simple question, but science has been grinding its teeth into it for centuries. The question is so complex that many scientists dismiss it. The brain scientist continues his scans and measurements in the brain. The psychologist studies moods and emotions, the biologist maps out senses and intelligence in the animal kingdom.

They are all busy with awareness, without answering the question of what it is.

So we have not yet found a definitive answer to that question. “But it has been discovered to look for it in a scientific way, without locking yourself up in the one and a half kilos of brains we have.”

Awareness is the basis of All knowledge in general

Awareness is the awareness of everything you experience. It is you being aware of; the tune you can’t get out of your head, the sweet taste of chocolate mousse, a mercilessly throbbing toothache, the fiery love for your child, and the bitter or sweet realization that all feeling ever ends.

So, firstly, consciousness is something that can be experienced, just like a paving stone or an itch on your head. Moreover, awareness is the experience that you experienced and even the basis of all knowledge in general.

If experience and that which is experienced are the same, there is no outside world and therefore no physics and no specific spot for awareness.

The experience experiences itself and needs nothing else. If experience shares something other than itself, then the ball is in your court because then awareness and the world are separate.

It must be rooted in the structure of the system. For a long time, consciousness was excluded from psychological research because psychology was dominated by behaviourism, a movement that proclaimed only, what can be measured matters.

According to this movement, consciousness is a black box about which you cannot say anything meaningful. We know the consequences of what is happening, but we cannot explain how these consequences come about, and there is no need to do so.

But how does an organ (The Brain) as dense as tofu, weighing less than a kilo and a half, allow us to experience the world in all its scents and colors?

Aristotle pondered this question, and we have still not solved it. What interests us is the physical footprint of consciousness. How does a piece of sensitive brain matter lead to consciousness? 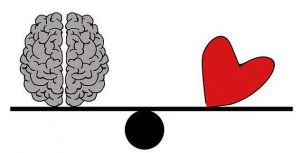 An answer to that question should bring us closer to the heart of the matter – or so we hope.

There are two significant challenges ahead of us. We have increasingly sophisticated techniques at our disposal to observe and study the broad coalitions of heterogeneous neurons in our brains.

This will allow us to delineate the neural footprint of consciousness further.

The central nervous system is such a tangle that this will easily take decades. Besides, we must be able to confirm or disprove the two theories that dominate the debate today.

Or perhaps we will have to puzzle together pieces of more theories to unravel the central question of our existence: how an organ as dense as tofu, weighing less than a kilo and a half, allows us to experience the world in all its colors and scents.

Perhaps we should even move away from “the idea” that consciousness comes from our brain and focus on the fact that we are simply awareness itself.

Is our Brain as interesting as we Think?

We live in times when we are constantly told that the brain determines what we think and do, feel and perceive.

But, we ARE not a brain. We are so much more than our brains. We function in a physical and social environment, and we have a aware soul that also determines our consciousness and actions. 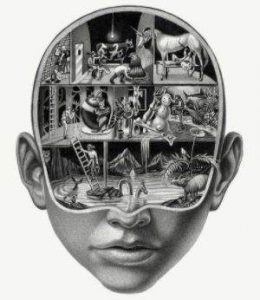 The brain does not produce awareness like a stove produces heat. The brain is nothing more than a tool. It helps us to feel at home in our surroundings and our bodies.

We must also get away from the idea that brain scans are a direct representation of mental phenomena. They are only connected to these phenomena in a very indirect way – and the connection always remains hypothetical.

Brain activity in the so-called ‘visual cortex’ also has nothing that is decidedly visual.

Does Awareness reside in our Brain?

No one has ever been able to explain how the brain can produce an aware experience or thought, so is it best to drop the whole idea?

Awareness seems to be something we are. Inside and interacting dynamically with the world around us.

The world that presents itself to us is loaded with value: Connection, Love, Light, Nature. That world guides us.
Perhaps the fallacy of brain science has its origins in the idea that we are essentially thinkers.

This idea is ancient: it goes back to philosophers such as Plato and Descartes. But we ARE awareness. Living intuitively should be our greatest aim. If we had to think all the time, we would disrupt our actions’ smooth flow and become or stay clumsy.

Is Awareness an Independent Phenomenon?

Research into near-death experiences has shown, among other things, that our awareness is not dependent on the grey brain mass in our heads but that it is an independent phenomenon that does not cease to exist when breathing stops and the heart stops.

For example, near-death people or in a deep coma could perceive their own bodies from above. And, because  awareness is everywhere and so also located outside our head, it is possible that information transfer takes place.

In recent years, listening to your gut feelings, has ceased to be something ‘vague’ that cannot be substantiated with arguments.

On the contrary, awareness is increasingly seen as a source of sensible information and indispensable addition to your rational thinking and scientists and sober thinkers.

Awareness beyond our earthly senses

There are countless examples of Awareness being transmitted beyond our earthly senses.

Please think of the eyes that pierce your back when someone is staring at you, without you being able to see it visually.

These are some simple examples of things that many people recognize but have not yet been conclusively proven and accepted by science.

But there are also countless accounts from people who have had contact with a deceased loved one’s consciousness in many forms.

Sometimes they knew from a distance that someone had died, while they could not understand this. Others experience a conscious, inner communication with a deceased person.

There has been little scientific research into this as yet.

First of all, we can let go of the old assumption that awareness is located only in our brains.

If awareness is not bound to a place, then the transfer of awareness – beyond the earthly senses – is also possible.

Becoming Aware = your True Self

You will notice that when you become more and more aware and start “training” your consciousness in this gentle way, connection with your true self and all life itself will arise almost immediately. 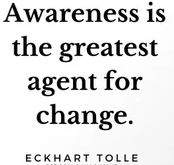 Just – Let It Be! – There is no need for content to be Free.

BE aware with what presents itself, with compassion, kindness and trust.

It will make you curious about yourself, invite you to play and to feel aware of it All. It will make you Aware of the fact that everything flows and always is as it should be!